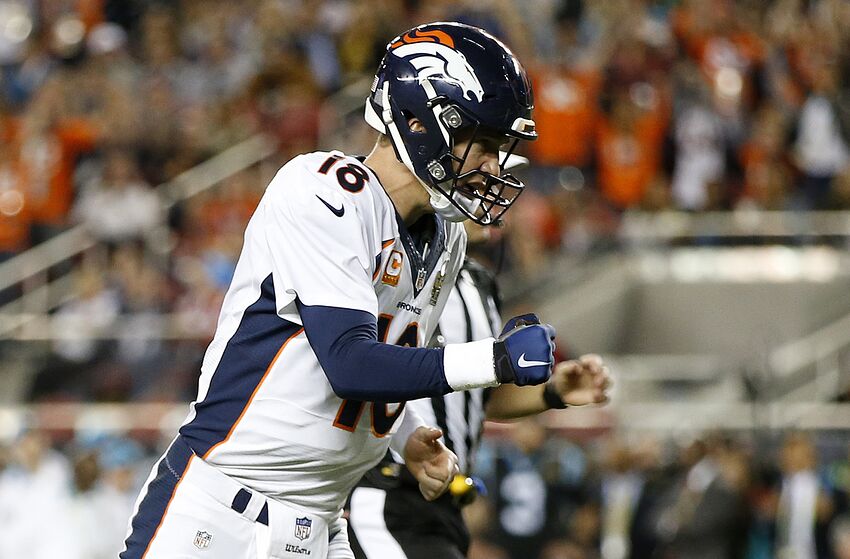 SANTA CLARA, CA - FEBRUARY 07: Peyton Manning #18 of the Denver Broncos reacts after a touchdown against the Carolina Panthers during Super Bowl 50 at Levi's Stadium on February 7, 2016 in Santa Clara, California. (Photo by Ezra Shaw/Getty Images)

Syracuse Strong quarterback Jason Boltus delivered 3 touchdown passes in the Week 10 victory over Ithaca. Here are all the details.

The final box score won’t jump out at you, but it goes back to one of Jason’s favorite catchphrases you can hear him mentioning in the huddle, on the sidelines, and during interviews: “just do your 1/11th and we have a shot.”

The motto is all about everyone doing their part.

Jason did his job during the Week 10 road trip vs the Ithaca Warriors. He finished the day 10-of-15 for 116 yards and three touchdowns.

Although something we didn’t notice when the game was going but later discovered, Syracuse’s offensive coordinator couldn’t make it to the game. Which means Jason Boltus called his own game:

“We have limited practice time so it’s a testament to our players and coaches watching tape every week. Today we were missing our offensive coordinator so it was on my shoulders to call the plays today. I didn’t have anyone up in the booth to give me the eye in the sky perspective, so we just did the best we could from the field.”

37-8. Although Boltus’ biggest takeaway from his debut as the Syracuse Strong play-caller was the team got the win and he didn’t take any hits on Saturday night.

Which is important for any quarterback, but specifically Jason who has been battling some injuries throughout the season including an oblique injury that he’s been monitoring. The fewer hits he takes, the better Syracuse is.

Syracuse is currently undefeated through 10 weeks of play at 9-0 (plus the bye week). Before the season started, this team put a huge target on their back with all the national success they experienced in 2018.

Up next the Syracuse Strong return home (Valley Sports Complex) to face the WNY Mustangs in Week 11. There are only three games left in the regular season before the league playoffs commence September 7.